The links listed below are articles or other news items that mention or are directly related to the Age-Friendly Portland and Multnomah County initiatives.

Panel Discussion on the Future of Aging (Portland Tribune Article)
June 22, 2017: Scott Frisch (COO AARP) and four other panelists spoke during a wide-ranging discussion on "The Future of Aging," moderated by television personality Joe Smith at the Ecotrust building in Portland. The event was organized by AARP Oregon and the Oregon Gerontological Association.

World Changing Ideas: Our Aging Population as an Economic Powerhouse
March 13, 2017: Eillie Anzilotti looks ahead to a future where a fast-growing aging population will call for major improvements to our community.

Communities Seek to be Age Friendly
October 2016: More retirees are looking for places to call home that can accommodate their wants and needs, but aren't assisted living facilities. Susan Garland, editor of Kiplinger's Retirement Report, presents age-friendly efforts across the U.S., including Portland.

The Growing Imperative for Age-Friendly Communities
July 6, 2016: In his article, Adam Davis states that an age-friendly community is beneficial to members of all ages.

Making Portland an Age-Friendly City: Interview with Commissioner Fish
December 2015: Commissioner Nick Fish joined Helen Raptis on KATU’s AM Northwest to talk about the vital role of older adults in our community and Portland’s great work on age-friendly cities.

Best Places to Retire: Portland, Ore. (Wall Street Journal Article)
March 15, 2015: Kyna Rubin explains what makes Portland so attractive for people of all ages. This article is part of a series in which people age 50-plus profile their adopted locales.

Civic Participation and Infrastructure Help Make Portland, Oregon an Age-Friendly City (Oregonian Article)
February 25, 2015: Leslie Foren, Vice-President of Member & Community Relations at Portland's Terwilliger Plaza, stresses the importance of civic engagement and participation from not only the general community but from its residents. Helping to make Portland an age-friendly city also allows them to thrive.

How Reducing Social Isolation Protects Older Adults (Huffington Post Article)
February 10, 2015: In this article, John Feather, CEO at Grantmakers in Aging, explains why social isolation is a social determinant of health especially in older age and what cities and communities can do to increase social inclusion. Age-Friendly Portland is mentioned as an example for an initiative targeting social isolation by keeping older adults connected and engaged.

The Liberation of Growing Old (NY Times Article)
January 3, 2015: Journalist and sociologist Anne Karpf discusses ageism and the many misconceptions about what it means to grow older.  The article mentions Portland and its efforts to become more age friendly as an example of an emerging age-acceptance movement.

Oregon elderly live healthier, longer lives than in other states (Oregonian Article)
July 18, 2013: Public health reporter Soumya Karlamangla highlights a number of key points from a report by the Centers for Disease Control and Prevention that spotlight health challenges and illuminate the need to make the most of our aging population. 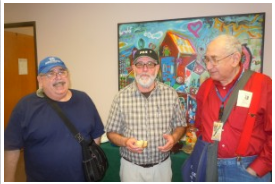 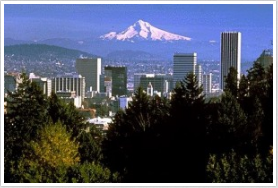 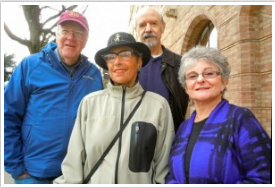 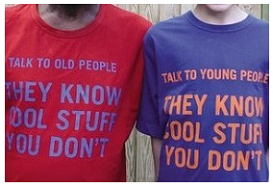